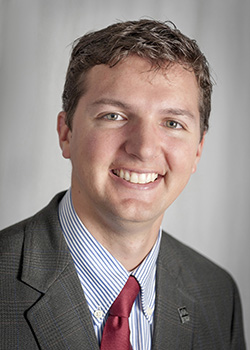 People from the Greenwald area of the diocese may see a familiar face if they watch Pope Francis’ televised Easter Mass.

Greenwald native Thomas Schulzetenberg — who currently serves as the director of the University of Mary’s Rome campus — has been asked by the Vatican to lector in English during the Mass at St. Peter’s Basilica.

Thomas’ mom, Bonnie Schulzetenberg, was stunned  and very excited when he called to tell her the news.